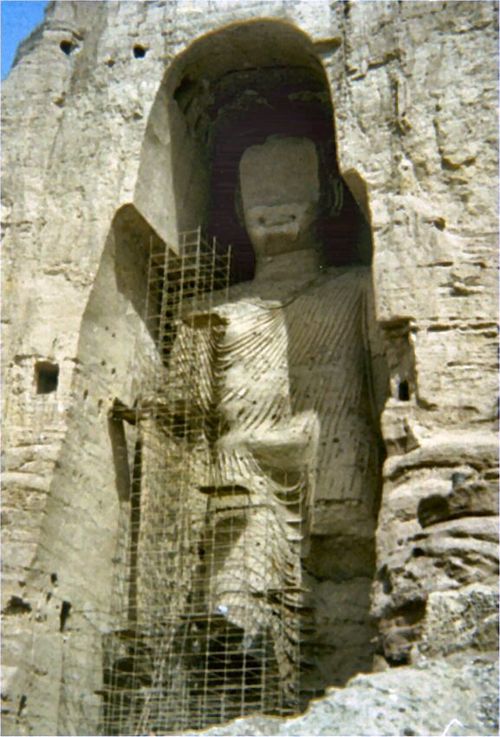 The month of March of 2015 also came and went, like every year since 2001, when the magnificent Buddhas of Bamiyan were blasted out of existence; without mention of this tragic fact in any way by the Indian media.

This is the same media that goes into apoplectic paroxysm in the first week of December every year, to mark the demolition of disputed structure at Ayodhya. In the week long rudali; screaming, frothing at mouth anchors remind viewers of the event.

But as soon as March dawns, their brains seize.

Bamiyan Buddhas were no ramshackle structures in the back of beyond of nowhere. They were the engineering marvels of sixth century, the finest statues done in Gandhara art, when Afghanistan was still a place of great kingdoms of Bharat. The faith carved into stone.

Their demolition was also the proof of what the Eminent Historians of India have painstakingly tried to falsify: the iconoclasm of last 1000 years in India. Perhaps that explains why our media, staffed and controlled by the Leftists, never remembers them.

Dhimmitude corrodes the soul and eats the brain.