Hardik Patel, Jairam Ramesh, Sonia Gandhi And Her NAC: It Is All About Economy Only (Wages Of Socialism India Is Faced With) 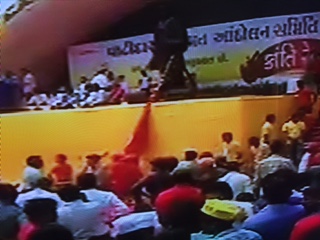 Total annual vacancies in all government jobs-Central, State, PSUs, Local Bodies- for the whole of India stay between 1 lakh to 2 lakhs, even in the best of times. Compare this with the numbers being added to the workforce every year: over 150 lakhs. So government jobs can absorb hardly 1 percent of the workforce every year. Reserved posts come to about less than half of 1 percent of those entering the work force.

Still there is a mad scramble to get included in the reserved category list all over India. Latest entrant in the arena is Patel caste of Gujarat, that was till now known to be mad about getting on the planes to the US. The agitation is led by a 21 year old, Hardik Patel. This Pied Piper is also drawing impressive crowds, like all of his ilk in similar agitations.

All these agitations to “go backwards” have their genesis only in one folly of our ruling elite: the socialism that was adopted as the State economic religion upon Independence. So in India, the only organised job sector worth its name is government sector. Through collective bargaining over the years, the salaries for the Group D and C employees of the government have also become very high as compared with those in private sector. So to land a government job in India is like winning the lottery to a whole life of bliss. And just as in case of lottery, though all the buyers of their tickets know that out of lakhs of buyers, hardly a hundred win prizes of any worth, still every week/month they buy them; so is in case of government jobs: people want to better their chance of getting one by whatever means possible. Reservation is one such means. It doesn’t increase jobs on offer, it only makes chances for one group slightly better than others. And even for that slight improvement, people are ready to face bullets and die.

Because socialism has meant that only jobs worth having in India are government jobs.

Socialists proclaimed that the government would industrialise India. It tried and failed badly. PSUs were incorporated to manufacture almost everything, to provide almost all services (Government of India also runs a travel agency). But all failed, and have either been shut down, or are paying the “workers” out of tax revenue for producing nothing. But real harm that was done was that private entities were either outrightly barred from setting up industries in most of the sectors, or setting up an industry was made so difficult that few dared to even contemplate. Only those who could master the art of bribing the regulators and license/permit givers could start businesses.

Scene became really bad in 1980s. There were large scale reservation riots all over India through the decade. In those years, those who did not get jobs thought they are not getting jobs because the jobs had been reserved. So unlike today, in those years the agitations were mostly against reservations, not to get into the list of castes that were eligible for reservations.

By the end of 1980s, socialism in India also led to what socialism leads to everywhere-bankruptcy of the country. Luckily for India, it got a visionary as the Prime Minister (PVNR) at the right moment, who used the crisis to push partial opening up of the economy of India. And result was flowering of entrepreneurship and private sector in India. Youth actually started to go for private jobs as their first choice. Economy started to expand, jobs started to grow, and reservations became a distant memory.

But to the misfortune of the country and its youth, Congress regained power in 2004, and to make the matter worse, did so in alliance with the hard Left. And it set about in right earnest to bring back socialism to the fullest, from where it was started to be rolled back- to the level of 1970s. It made sure that not only no new industries are set up without permissions which were made hard to obtain, but even those which had been granted various permissions by the previous government were blocked on one pretext or another.

The fraud called Global Warming/Climate Change came as the most handy. The then Minister, MOEF, Jairam Ramesh, set about destroying industrialisation of India with the commitment of a zealot. He not only made it nearly impossible to get environmental clearances, he even cancelled the clearances granted by the previous government. Sonia Gandhi also constituted a Super Cabinet called NAC, which blocked every initiative for industrialisation the then Prime Minister Man Mohan Singh tried to take. Mines were shut down, mega industrial projects were blocked at the inception. Sectors like steel and aluminium saw some big ticket projects cancelled. A so called Land Acquisition Act was passed that made land acquisition all but impossible. And the result is that jobs in private sector have dried up again. The few jobs going around are all in government sector, and as a mass illusion, everybody in India now thinks that belonging to a caste on the reserved category list is a ticket to those few jobs. A simple mathematical reasoning would show that it changes almost nothing for the average Indian job seeker, but even education has been so destroyed that few are capable of that critical reasoning. And so Hardik Patels are appearing by dozens everyday. 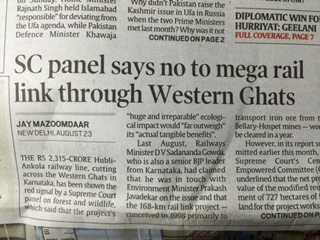 The fetish to save “environment” is consuming Indian ruling elite at present. They are shutting down factories, projects, mining, sand dredging, stone quarrying like crazies. There are hosts of Boards, Tribunals, Ministerial panels, PILs in Court; all ordering shutting down of some economic activity or the other on a daily basis, killing jobs in lakhs. If India’s ruling elite thinks that to keep environment in some pristine state it has taken fancy to it can send 127 crore human beings of India back into caves, it is living in a make believe world of its own. Without industries to give them jobs, people will rise and sweep the elite out of their 6 bedroom government provided bungalows in Lutyen’s Delhi. India’s ruling elite doesn’t seem to have calculated its own carbon foot print, even as it is shutting down Indian economy to keep others’ carbon foot print down. 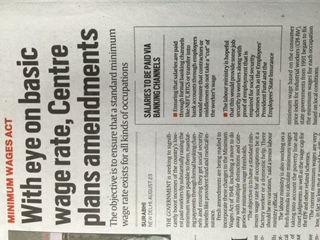 Though even the Modi government doesn’t inspire much confidence, as it is also enacting more socialist policies than it is repealing, still it is the best bet for India. Only industrialisation can save India from implosion of a thousand agitations. Jobless youth make a good fodder for all sorts of demagogues.

So, the best antidote to the demagoguery of the likes of Hardik Patel is rapid industrialisation of India. For that all the so called environment protection laws, labour laws, regulations, licensing laws, permission laws, etc., must be immediately repealed. The Land Acquisition Act of 2013 must be repealed in full. Currently India is 142nd on the index of ease of doing business. It must be number one on that index, and to make it number  one, whatever needs to be done must be done. The people of India, 127 crore human beings,  can not be allowed to become guinea pigs for the various fads of the ruling elite-socialism, environmentalism, Welfarism. No ruling elite has ever been able to control the hungry and the jobless.

(To read previous similar articles, click on the titles below:-Ed)

3. Jairam Ramesh – The Man Who Singlehandedly Decimated Congress And Wrecked Indian Economy – Has Learnt Nothing