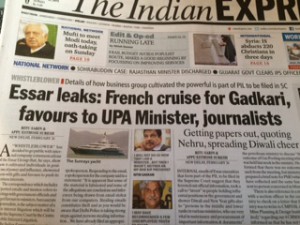 There are no depths of shamelessness to which our media won’t fall.