State As The Personal Jagir Of A CM: Where Are The President, The Central Govt, The SC, The HC, The Media? 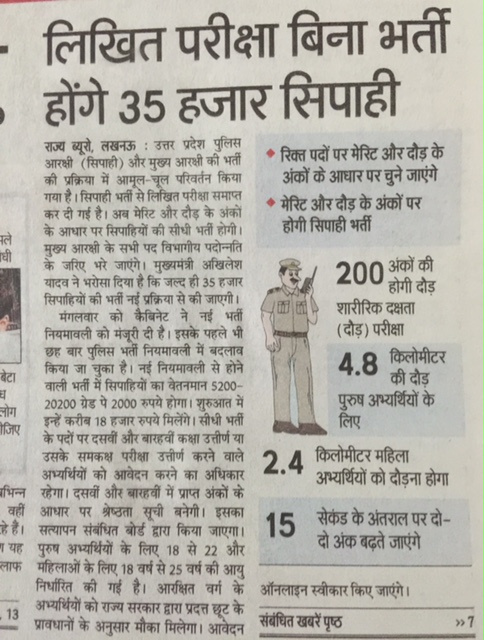 One of the defining characteristics of a Constitutional Republic is that the posts of permanent bureaucracy are filled through an open, impartial, objective, and competitive recruitment process. Firstly, this is an employment which is financed by public money, secondly, the public officials have to administer the laws and other programmes of the government, and have therefore to be independent of the party in power at any given time. Further, the state has to be seen to be impartial and objective so that the people do not lose faith in it, and as a consequence develop innate respect for the laws and other organs of the state.

Delivering judgement in a case of challenge to a recruitment in UP, in the early 1990s, the Supreme Court observed that ideally a recruitment should have only interview, as the candidates have been tested by the educational institutions as far as written examination is concerned. But, The SC said, we do not live in an ideal world. In India, it continued, looking to the actual state of integrity, nepotism, regionalism, Casteism, corruption in recruitments, and political interference; the weightage of interview marks must not exceed 15% in a recruitment examination. Anything above this, and door is wide open for corruption and all other considerations. That is, 85% marks must come from the written test conducted by the recruiting body.

The recruitment examinations all over the country were aligned with this ruling of the apex court. But even this has its own flaw: The marks in the written examination are so close for the successful candidates, that effectively, the marks in the interview become sole factor in deciding final merit; thus negating the spirit of the observations of the Supreme Court. And the present Central government has recognised this. That is why it has scrapped the interview altogether in the recruitments to Group C and D posts of the central government, leaving marks in the written examination as the only criterion for deciding merit. A huge industry of bribery to secure recruitment to the Central government posts has to wind up.

In UP also, the Mayavati government of 2007-2012 scrapped interview from the recruitment process of police constables. The physicals were only the minimum qualifications, merit was based only on written examination. The written examination was also conducted in the most transparent manner. The candidates were allowed to retain the carbon copies of the answer sheets. The correct answers to the questions were published with 24 hours of the examination. So the candidates could know their scores. When final merit list with marks was published, the scores were exactly same as worked out by the candidates themselves. People of the UP still most fondly remember that recruitment of police constables by the Mayavati government. In fact, district wise distribution of successful candidates in that recruitment is the worst indictment of recruitment processes-past and afterward-of various UP governments. It was most evenly distributed across districts, as should be expected in a large sample, and has never been duplicated-neither in the past nor afterward.

So, in a sane world, it should be expected that that system of recruitment put in place by the Mayavati government would not only be continued, but would become the standard procedure for recruitment to all government posts. But only in a sane world. Not in the world ruled by corrupt vote bank managers, for whom the recruitments to government posts are the most useful means to i) cultivate the vote banks by recruiting from among them, ii) to earn huge bribes, by extracting bribes even from the members of own vote banks, iii) to play godfathers to various small time politicians who oblige their own constituents, iv) to raise an army of corrupt but committed government employees who then go on to abuse law in favour of the party that recruited them to the government posts.

And therefore the current government in UP has scrapped the written examination, not the “interview.” Perhaps to circumvent the Supreme Court ruling, it has cleverly avoided using the interview word. It says that the merit will be based on the marks obtained in the qualifying examination and “results of a run.” Firstly, the written examinations in the recruitments became norm only because it was realised that the marks in qualifying examinations conducted by various boards and universities are vitiated by copying and other influences. This has been most vividly demonstrated in the visuals of copying in the Bihar board examinations. 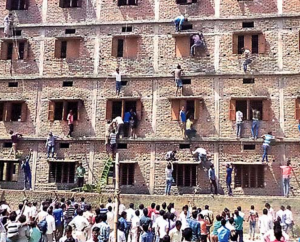 But, in reality, even such vitiated marks of the Board examination will not be deciding factors in the final merit list. The time scores of candidates in the 4.8 km run will actually decide the final merit list. And as we know, these marks will be fully open to manipulations as no candidate will know what time the other candidates scored, as the lakhs of candidates will not be running together at the same place at the same time, so the clear winners could be seen by all. They would all run at different places over different days. And the recording of the time of each candidate will also be done by some official who would be handpicked for the quality of being corrupt. Therefore, we can rest assured that most of the constable posts in UP will be auctioned to the vote banks. Those in power will earn both-bribe money, and their own armed gang in uniform. And it is not conjecture. It all can be readily verified by juxtaposing the result in the recruitments now with the result of the recruitment done through the process adopted by the Mayavati government.

If such mockery of objectivity in the all important recruitments-the recruitments to the government posts,  is possible by a state government, so openly and blatantly; what is the point of having a President, a Central government, a Supreme Court, a High Court, a media? A Constitution? A Republic? Why better not declare India a grouping of the personal jagirs, the fiefdoms, of the vote bank managers, whose word is the law? The President lectures us daily about tolerance. Can he not see this mockery of law in the next door UP? The Chief Justice of India readily came to know and agreed with the odd even days of cars in Delhi, before even the formal notification; can he not see how a case law of the Supreme Court is being so contemptuously thrown into dustbin? Where are the suo moto powers of the Courts? If Central government is a mere spectator in the affairs of states, why do we spend so much money on it? Where are the screaming news anchors demanding answers?

If the UP government is allowed to go ahead with this destruction of the Rule of Law, the country will pay a horrible price. And when the collapse will come, the President, the Central Government, the Supreme Court, the High Court of Allahabad, and the media will truly be reduced to mere spectators.

(To read a similar past article, click on the title below-Ed.)