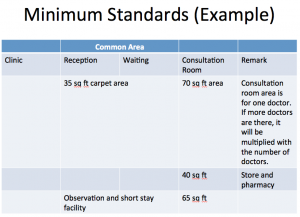 It may not be readily conceivable that a democracy may become totalitarian. The terms look diametrically opposite. But if we note that a totalitarian State is the one that controls every aspect of citizens’ lives, and regulates their affairs to the minutest details, controls and regulates economy and commerce; we can see that it doesn’t matter how those who do the controlling and regulating acquire the power. In a classic totalitarian State, some strongman or a ruthless group seizes the power and then puts a bureaucracy in place that does the actual task of controlling and regulating by putting laws in place that tell citizens what to do and what not to do. But exactly the same can be achieved in a democracy also if the entire political class and the ruling elite agree on it. And that is exactly what is happening in India: Laws are being passed by the successive governments which are destroying Freedom and Liberty, and are collectivising the wealth of the citizens. Therefore, India is turning into a totalitarian State in which a minuscule number is elected every five years, which purportedly overlays a vast permanent bureaucracy with powers to control and regulate every aspect of our lives. Evidently, if laws and bureaucracy are in place which make us a Totalitarian State, it doesn’t matter how the Cabinet of Ministers comes into being periodically. The Clinical Establishments (Registration & Regulation) Act, 2010, Act 23 of 2010,  which came into force on 18th August 2010, is one in a series of laws that the Leftists are enacting using the device of democracy to make us a Totalitarian State.

India is a Common Law country. Common Law is the legal philosophy of the English speaking countries, as the Civil Law is the legal philosophy of the Continental countries of Europe. In Common Law, everything that is not prohibited expressly by the government, stands permitted. In Civil Law, everything that is not expressly permitted by the government, stands prohibited. Last 69 years of India, that is the years after Independence, have seen continuous erosion of Common Law ethos, and their replacement by the Civil Law philosophy of a Nanny State telling citizens that they need government permission for everything they do. And we have internalized the culture of Civil law, as a result of the daily small doses of it being administered to us. We now look to the government before doing anything, asking it whether what we are about to do, or have been doing, is legal or not. Our transactions with our fellow citizens are contracts, and each section of us demands that the government must rig the contract in its favour by passing some law. The bureaucracy is only too happy to oblige, because that is how it accumulates power unto itself.

Doctor-patient have had thousand years of relationships, without government being anywhere in picture. It is a relationship of trust. Doctors are also bound by the Hippocratic Oath. “Now if I carry out this oath, and break it not, may I gain for ever reputation among all men for my life and for my art; but if I transgress it and forswear myself, may the opposite befall me.” So, they are regulated by their own morality, ethics, and their reputation, both in the minds of their fraternity of doctors, and their patients. In addition to that Indian Penal Code is enough and sufficient to take care of any criminal wrong doing. But some self-appointed Good Samaritans declared that the patients needed to be saved from the doctors, in a case of the most flagrant mutilation of the reality, because in reality, the doctors save the patients, patients do not need to be saved from the doctors. And so the The Clinical Establishments (Registration & Regulation) Act of 2010 came into being.

Leftists look to control every economic activity. Medicine, noble as it is, is also an economic activity. And so it has attracted the attention of the Leftists. But as in everything they touch, they will only destroy medicine, make it costly, and corrupt it. To make the confiscation of this economic activity, Medicine, look an act of kindness, they have used big beautiful English words, as is their wont. They have claimed that it will make standards uniform, and would save the patients from exploitation, at the same time securing to them cheap and affordable healthcare.

The preamble of the act itself declares that every aspect of the healthcare industry is sought to be regulated. It reads: An act to provide for the registration and regulation of clinical establishments in the country, and for matters connected therewith, and incidental thereto. Founding Fathers never had in mind that Healthcare needed to be regulated. So they not only did not make any law, they left the subject to the States. But the Leftists have used a provision in the Constitution that says that if two or more States ask the Parliament to make law on a State subject, it can do so. So, the then ruling dispensation got three small States, viz., Arunachal Pradesh, Himachal Pradesh, and Sikkim ask the Parliament to make a law regulating Healthcare industry in India. And that is how  The Clinical Establishments (Registration & Regulation) Act was passed.

The Act is like all laws: it puts all conceivable restrictions on the citizens, asks them to come to the government for permission before doing anything.

Section 2(c)(e) makes it applicable to single doctor clinics also. Section 2(e) makes clear that it covers Allopathy, Yoga, Naturopathy, Ayurveda, Homeopathy, Siddha, Unani, or any other system of medicine recognized by the government. Section 3(1) creates a new bureaucracy at the Centre: National Council of Clinical Establishments. Section 8(1) provides for the similar bureaucracy at the State level: State Council Of Clinical Establishments. Section 8(2)(h) secures employment for the great NGO industry of India, mandating that two representatives from the Consumer Groups or NGOs have to be in the State Council. Finally, Section 10(1) tells us who is to do the actual task of registering and regulating the Healthcare providers. It is to be the District Registering Authority which would comprise District Collector, Health Officer, and three more members to be appointed by the government.

Section 11 is the crux. As in all totalitarian States, it declares that “No person shall run a clinical establishment unless it has been duly registered in accordance with the provisions of this Act.” That is, what doctors have been doing for thousands of years has been declared illegal by this section.

Section 14 deals with matters of application for registration. Existing clinics have to apply within one year of the standards being notified. New clinics have to apply within six months of opening. Section 15 states that the authority will have to grant provisional registration certificate within ten days of applying. which will be valid for one year and renewable. But Section 23 says that the PRC will not be issued beyond two years for the existing clinics, and six months for the new clinics, after the clinical standards have been notified by the Central government. That is, after this period, only the permanent registration certificate will do.

Section 25 says that the clinical establishment shall submit the evidence of having complied with prescribed standards. This fact will be published by the registering authority inviting objections from the public against this claim of the clinic. As per Section 26 and 27, public may object to the evidence of compliance. This can’t get more ridiculous than this. How can public make out whether the clinic meets the prescribed standards or not? Evidently, an army of the blackmailing activists will crop up to harass the doctors, which would file these objections, because, the permanent registration shall be granted only after it is certified that all standards as prescribed by the Central government have been fulfilled, and which would come about only after the doctor has bribed not only the government persons, but also the activists.

Section 30(2) says that the certificate shall be valid only for five years. That means, the doctor would need to undergo the same torture every five years, or even earlier, as Section 32 provides for cancellation of registration also. This would apparently be done based on the report of some government inspector as Section 33 and 34 provide for inspection of the clinical establishments, heralding The Great Inspector Raj for The Doctors also.

Section 35 says that the State govt may charge fees from the clinical establishment for the crime of existing. That is, another source of revenue is being created for the ever hungry State government, as the politicians need to fund the freebies and doles they promise to win the elections. So, whatever freebies and doles would a public receive, it would pay for them through clinics, making the doctors look bloodsuckingly costly.

Sections 40 and 41 provide for the penalties for violating the provisions of acts, and power to issue summons, so the doctors have to attend the hearings, not attend to their patients. Section 48 provides for annual returns to be filed by the clinical establishments, and Section 49 says they would have to furnish any other information asked by the government, so the doctors will remain busy in writing reports for the government, not in writing reports and prescriptions for their patients. Section 52(2)(c) deals with determination of Standards, Section 52(2)(f) with Minimum Facilities to be provided,  Section 52(2)(g) with Minimum number of personnel to be hired, and Section 52(2)(h) Maintenance of records and reporting. These sections would literally prescribe the costs of Healthcare in India. The standards will be copied from the rich western countries, as nothing less than that will be acceptable to the Leftists, because they have to prove that they are giving the best in the world to the Indian patients also. But all that will have costs. So, for the Indian patients, cost of Healthcare will rocket through the roof.

Clearly, as in all that the Leftists do, the outcome of this Law also will be exactly opposite of what the Leftists set out to do. They claimed while passing the Law that it was to ensure western quality Healthcare for the Indian patients, overlooking that the western countries have higher standards of Healthcare than us because society there is rich enough to pay for them. That is, first the western countries became rich, then the doctors created those swanky hospitals because their patients were in a position to pay for them. Indian patients are not. All that the Leftists are claiming is that they can have attributes of a rich society in a wretchedly poor, third world society like India, by passing Laws. It can not happen. It is mathematically impossible.

The Clinical Establishments (Registration & Regulation) Act is nothing but Nationalisation of Healthcare industry in India. It will have exactly the same consequences as Nationalisation of any other industry has had: it will destroy Healthcare in India. It will make doctors into criminals, patients into blackmailers, hospitals into sources of bribes and revenue for the government, and would put Healthcare beyond the reach of ordinary Indians. The Leftists would then win many elections by promising to fund Healthcare costs of the voters. More of our incomes will be collectivised to pay for the promises. India will hasten down the road of the Leftist decay, destruction, and collapse.

And of course the doctors are too busy, too atomised, too absorbed in their practice, to visualise what is coming their way. They are the stakeholders who could have opposed it, as patients are too much into Left education to see the consequences which kick in many years later. But the doctors are not doing much to oppose it, and so this Law which has no business to exist, is looming darkly and certainly on our Healthcare.